A NEW YEAR FOR THE SPACE ALIEN

Beginning at sundown on Monday, September 6, 2021, through nightfall on Wednesday, September 8, the Space Alien will observe Rosh Hashanah, the Birthday of the World, for the year 5782!

The Space Alien resolves to work hard in the coming year to relieve suffering everywhere, and to preserve and enhance this wonderful creation.

The Space Alien and Your Editor wish our Loyal Readers a good, sweet and healthy year! 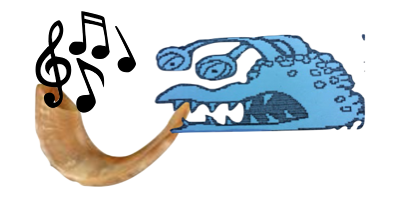 Learn more about this holiday at:
https://en.wikipedia.org/wiki/Rosh_Hashanah
Read more about the Space Alien's activities on this day at:
http://www.spacealiengazette.com/2020/09/the-space-alien-greets-5781.html
###
Posted by Joan Levin at 12:00:00 PM

THE SPACE ALIEN ENJOYS A DAY OF SAILING

As summer drew to a close, the Space Alien decided to go sailing and invited Your Editor aboard.

The Space Alien, an expert skipper, was at the helm and Your Editor was thrilled to perform minor crew duties! 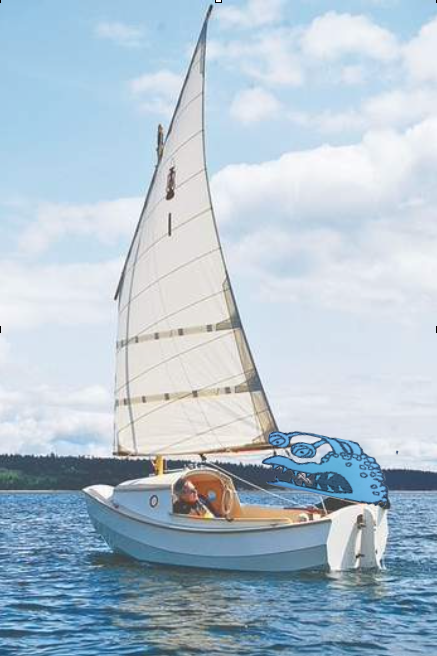 We hope our Loyal Readers are enjoying these last beautiful days of summer!
###
Posted by Joan Levin at 9:26:00 AM

Instead of wild carousing on the Fourth of July this year, the Space Alien is visiting Independence Hall in Philadelphia to consider the meaning of this day in our Nation's history! 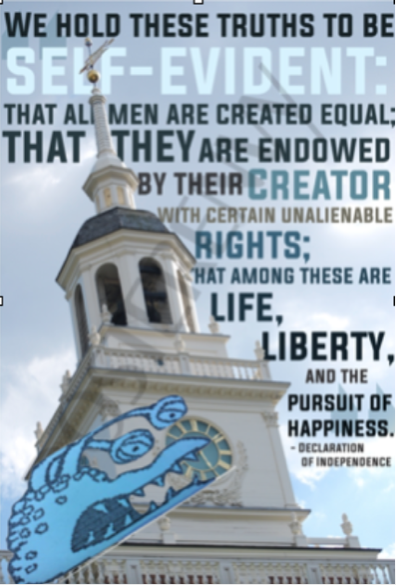 We hope that as Loyal Readers enjoy this historic holiday they will also take some time to think about how these words might best inform our lives today!

Here is a link to an article from the National Archives that the Space Alien will continue to study!  It has lots of history and other information about the important document that we celebrate each year on Independence Day, July 4th!  You might like to look at it too!

And enjoy the Space Alien Gazette online at https://www.spacealiengazette.com 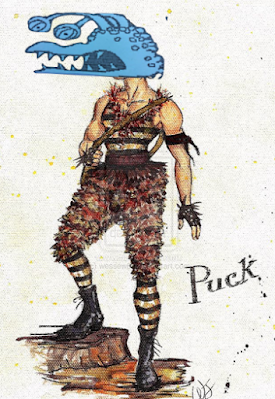 THE SPACE ALIEN CELEBRATES A SPECIAL DAY IN MAY

Limerick Day is observed on the birthday of the great limerick writer Edward Lear, born on May 12, 1812, who encouraged everyone to write limericks!

The Space Alien decided to observe Limerick Day by writing some limericks, including one in honor of Your Editor! 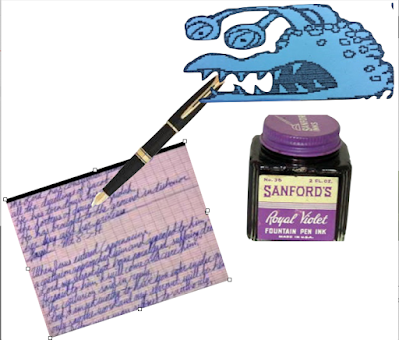 Here is some of the Space Alien's original work:

1. To My Editor:
I'm lucky to have a great Editor,
Who checks every comma and let-ti-ter!
Despite my bad spelling,
She never starts yelling,
She just tries to make it all bet-ti-ter!
2. To our Loyal Readers:
We feel an immense sense of gratitude,
If the S.A.G. brightens your attitude,
We work year after year,
Without favor or fear,
And we print neither triteness nor platitude!
Inspired by the Space Alien's efforts, this is what Your Editor wrote for the Space Alien:
Your home is in Space, that I know,
But you've lived here since ages ago,
Please remain at this station,
You're our inspiration,
Although your job pays little dough!
We encourage each of our Loyal Readers to join the Space Alien in writing limericks!
And now Your Editor and the Space Alien will sit down together to enjoy the Space Alien's very special cake! 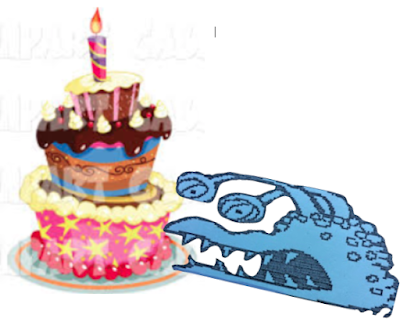 Loyal Readers desiring more information about this important day and the poetic form it honors are directed to the following websites:

And please note:  The SAG Earth Day Edition posted April 22 was not mailed to subscribers, but is posted at: http://www.spacealiengazette.com/2021/04/the-space-alien-observes-earth-day.html

###
The Space Alien is thrilled that a Talented Team of Loyal Readers took up this challenge and immediately responded with the following excellent Limericks!

We look forward to the Gazette with such glee

And all the fine news we shall see

Now where are my crumpets and tea

The readers of every fine issue,

Whether humorous or requiring a tissue,

And take a moment to say

We love you so much and we miss you

And for the Space Alien themself

One’s sprits they lift and they mend

From sunup until the days end 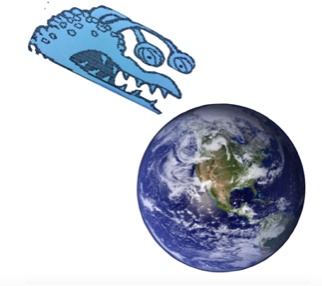 The Space Alien knows how precious and fragile our Earth is, and hopes human friends will protect it!

April 22, is Earth Day; a good day to remember this!

Editor's Note: In the interest of not overwhelming Loyal Readers, this post will not be e-mailed to subscribers.  However, we hope Loyal Readers will notice and appreciate the important message!

The deadline for filing Federal Income Tax returns was approaching, but the Space Alien had no idea how to proceed with this important task.

Expert help was surely needed, so the Space Alien scurried to an open window and traveling at tachyonic velocities exceeding the speed of light soon arrived at the office of Mr. Charles Rettig, Commissioner of the United States Internal Revenue Service.

The Commissioner was thrilled to meet the Space Alien! 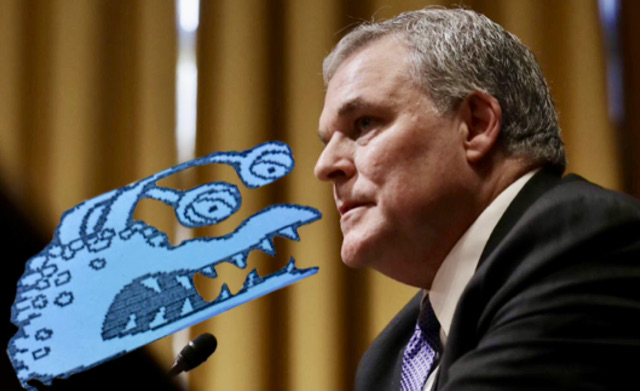 "I've heard so much about you!" the Commissioner exclaimed.  "How may I help you?"

The Space Alien explained the problem and the Commissioner said the Space Alien would need to declare all income for the year 2020.

Reaching into a worn valise the Space Alien spread out the following items on the Commissioner's desk:

A half-finished jar of peanut butter, an open box of crackers, and a toothbrush.

"This is what my Editor gave me last year!" exclaimed the Space Alien.  "She is unbelievably generous!"

"But didn't you get any money?" asked the Commissioner, carefully wiping cracker crumbs from his mahogany desk.

"I know people have money" said the Space Alien.  "I think my Editor has some in her handbag, but I really don't need it.  I just like to share the peanut butter and crackers with hungry birds and squirrels, and my Editor knows I am meticulous about the care of my teeth.  I'd like to take a look at yours, and I could brush them for you too if you'd like!"

And with that, the Space Alien picked up the toothbrush.

"Oh, that won't be necessary!" said the Commissioner backing away.

Then the Commissioner pressed a button on his desk, and an assistant appeared in the doorway.

"Ms. Smith," said the Commissioner, "would you kindly escort our distinguished visitor to the front door and mark our records: Space Alien: Paid in Full!"

Then he turned to the Space Alien: "Thank you for your visit today! You are a fine example for every citizen!"

The Space Alien departed, first thanking the Commissioner for making sure there would be enough cash on hand to run the government.

All in all it was a good day for the Space Alien!

THE SPACE ALIEN HELPS DURING BLIZZARDS

The Space Alien worked overtime during recent winter snowstorms clearing snow from miles of highway so needed supplies could be delivered to stores and hospitals! 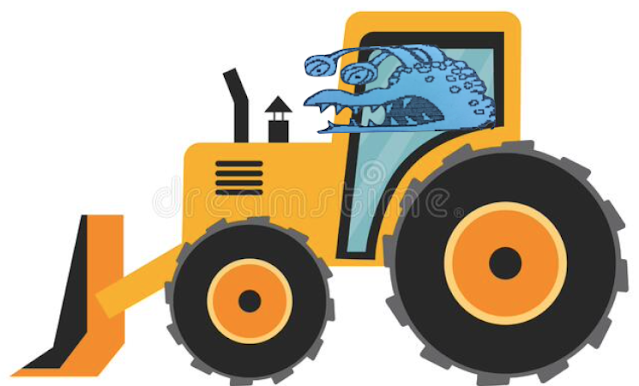 The Space Alien brought food to those unable to get out to shop! 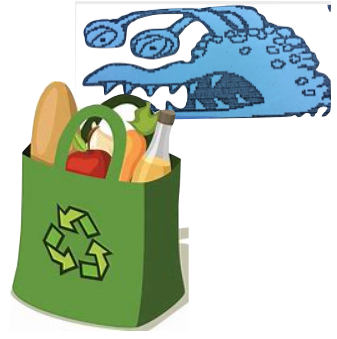 Now that the worst days of winter are past, the Space Alien will take a nice vacation! Your Editor may be unable to accompany, but wishes the Space Alien a lovely and well-deserved holiday! 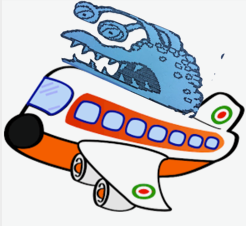 Thank you, Space Alien!
Have a wonderful trip!
###
Posted by Joan Levin at 8:44:00 AM
Older Posts Home
Subscribe to: Posts (Atom)