The Space Alien took these videos and kindly shared them with the media.

The Space Alien sincerely regrets this incident resulting from a foul committed during the Interplanetary Meteorball Super Bowl.  The offending player was benched for the remainder of the game, but the errant celestial body streaked dangerously close to Milwaukee.

Fortunately no harm was done to that city, which the Space Alien loves to visit, especially to witness the daily takeoffs (click here) and landings (click here) of the magnificent Milwaukee Art Museum.

Sensing the danger, our ever-vigilant and extraordinarily athletic Space Alien scurried immediately to Wisconsin just in time to deflect this hurtling ball of destruction to a harmless landing in Lake Michigan.

Valentine's Day was at hand!    The Space Alien was invited to lots of parties, and, thinking a new outfit might be nice, decided to check out the shops on Pluto.

The Space Alien had been heartsick years ago when Pluto was demoted from planetary status. (To learn more about this, click here.  ) "I hope my visit boosts Pluto's morale," thought the Space Alien, traveling at tachyonic velocities exceeding the speed of light and sadly musing on the expungement of this plucky planet from the planetary roster.

Upon landing on Pluto, however, the Space Alien felt pulled in a totally new and unexpected direction!

Resisting at first, the Space Alien soon became exhausted and fell into a deep sleep on a special tiny personal travel pillow and enjoyed a series of extravagantly wonderful dreams. 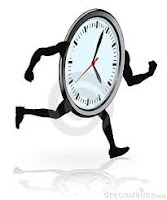 The Space Alien was astonished to awaken in a strange new place!

Checking Google Maps on a smart phone, the Space Alien saw that this was "Planet 9."

"So this is the famous "Planet 9," thought the Space Alien.  "I've read about this giant planet and how astronomers know it is there without actually seeing it because of its powerful gravitational pull.  Now that I'm here, I somehow feel SO attracted to it that I think I may never want to leave!"

The Space Alien (using an extra long "selfie" stick) snapped this picture Planet 9 in the Solar System and generously donated it to the great scientists at Cal Tech. 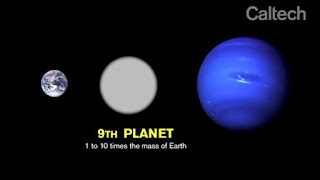 Then the Space Alien Googled an article to read about Planet 9. To see it, click here.

"They all seem so attracted to ME!" thought the Space Alien.  "I wonder why?"


A few phone calls later and the Space Alien had found a perfume manufacturer.

Soon thousands of bottles of Planet No. 9 Perfume loaded with planetary dust were tumbling off the assembly line and the Space Alien's phone was ringing off the hook with orders from shops all over the world!


Learned Astronomers learning of this flocked to the offices of the Space Alien Gazette and tried to convince the Space Alien that it was the huge size of Planet 9 that created gravitational pull that the Space Alien had experienced as an almost irresistible attraction, and not some planetary dust.

The Learned Astronomers gave the Space Alien an article to read about this (and you, loyal reader, may read this very same article here.)  Then they proceeded to cover the Space Alien's walls with  mathematical equations illustrating their views.

The Space Alien read the article carefully, examined the mathematical equations thoroughly, and listened politely to the Learned Astronomers, who, in turn, thanked the Space Alien profusely for the samples of dust from Planet 9 that the Space Alien gave them to take home.

The Learned Astronomers further explained that it was probably not this planetary dust in Planet No. 9 Perfume that attracted so many friends, but more likely the Space Alien's kind and caring heart.

The Space Alien shyly asked if perhaps having a brilliant mind, a sparkling sense of humor, and extraordinary good looks had to do with this attraction as well.  The Learned Astronomers agreed that this could most certainly be the case, and then departed for their observatories.

Now it was time to prepare for some wonderful parties!

The Space Alien selected a lovely box of Valentine candy to share, and picked out a special sweet to give to someone special!
Finally the Space Alien, taking no chances and ever a liberal (though never a libertine), liberally applied Planet No. 9 to selected pulse points and set off for an evening of Valentine fun!

Someday you might run into the Space Alien.   If you do, ask for a dab of Planet No. 9.
You might be pleased with the results!

The Space Alien sends this special message to every loyal reader: 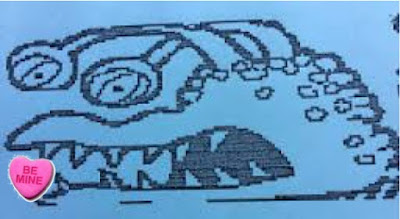 EPILOGUE:  What a wonderful evening the Space Alien enjoyed!  And the best part was that at the last party the Space Alien attended, a Loyal Reader was there and had brought along his record player and recordings written by the Space Alien's faves, Jerry Leiber and Mike Stoller.

One of Leiber and Stoller's great hits was a song called Love Potion No. 9 and this generous Loyal Reader allowed the Space Alien to take recordings of this song home!    What a lovely gift!

Now the Space Alien listens to them ALL THE TIME (Editor's note: It's driving us crazy!).

If you would like to listen to these recordings, the Space Alien would be happy to play them for you!

If you would like to hear this great song as originally performed by The Clovers in 1959 please click:  Clovers: Love Potion No. 9 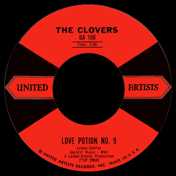 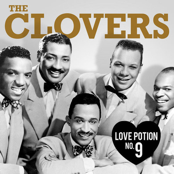 If you would like to hear this performed by The Searchers in 1964, please click  Searchers: Love Potion No. 9

If you happen to be wearing the Space Alien's own Planet No. 9 Perfume while these records are playing, expect amazing things to happen!

Dear Loyal Readers: We regret that Planet No. 9 Perfume is currently sold out. We hope that someday the Space Alien will be able to replenish the special Planet 9 dust required for its manufacture.  But if you would like a ridiculously overpriced tiny special travel pillow just like the one opon which the Space Alien dreams extravagantly wonderful dreams, click here.  And if you would like a ridiculously overpriced Space Alien Power Tote Bag to carry your own planetary dust, click here.

Special Announcement for our Loyal Readers:

Your editor is grateful to the Space Alien for granting her some time off from her exhausting duties in the insanely busy newsroom of the Space Alien Gazette.  This post is extra long because the next issue will not appear for several weeks.

The Space Alien recommends using this time to catch up with earlier issues (posted prior to the more recently inaugurated subscription service) at www.SpaceAlienGazette.com.    The Space Alien believes this would be the happiest and most productive way for loyal readers to pass the lonesome hours until the next post appears.
Posted by Joan Levin at 10:00:00 PM
Newer Posts Older Posts Home
Subscribe to: Posts (Atom)