The Space Alien at the 2018 Chicago Air & Water Show

The Space Alien was excited to attend the 60th Chicago Air & Water Show, this year held on August 18 and 19th.

While none of the participants could rival the Space Alien's ability to travel at tachyonic velocities exceeding the speed of light, the Space Alien still enjoys these colorful aeronautic efforts.

Huge crowds, thrilled by news that the Space Alien might perform, gathered on the nearby beaches to watch this exciting spectacle! 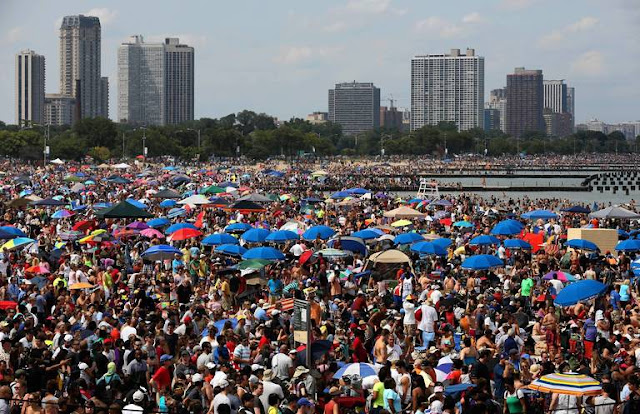 A favorite was the U. S. Army Golden Knights parachute jump early in the show.  The Space Alien loved serving the United States while gently floating  over the North Avenue Beach. 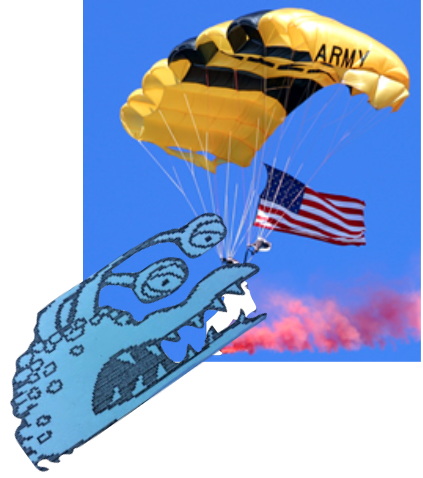 Then the Space Alien joined these skilled parachuters in complex free fall maneuvers high above the city! 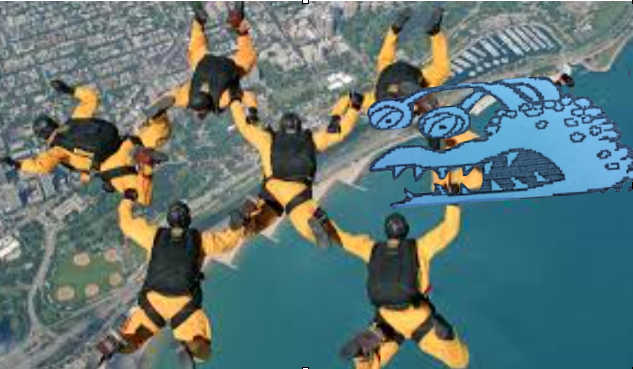 The Space Alien also performed daring tricks in a custom made airplane!  For those who missed this, here are some exclusive Space Alien Gazette photos:

First the Space Alien flew right side up:

Then the Space Alien flew upside down!

Those fortunate enough to catch this exiting act cheered wildly!

The Space Alien was delighted to be invited by the great Sean Tucker to ride along on his biplane during his amazing act!

Finally, the the Space Alien joined the famed U. S. Air Force Thunderbirds flying at supersonic speeds for the Grand Finale of the Chicago Air and Water Show.

The cockpits of these planes do not accommodate the Space Alien's unique physiognomy,  so the Space Alien simply flew along in the formation, astonishing the appreciative crowds and having a wonderful time!

After the show the Space Alien went out for a kombucha with pilots Susan Dacy and Rob Holland.  How exciting to talk with these incredible aerobats!

A wonderful day for the Space Alien and all Chicago!

About Sean Tucker who says this will be his last Chicago Show:
https://wgnradio.com/2018/08/16/sean-d-tucker-talks-about-four-decades-in-the-skies-retiring-his-after-from-solo-performances-after-the-2018-chicago-air-water-show/

Sean Tucker inside his plane during his amazing act:
https://www.youtube.com/watch?v=AtpUhKSFcnc