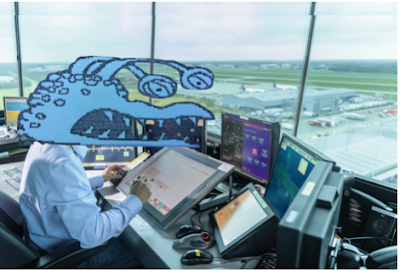 The Space Alien Paints a Portrait

Your Editor found the Space Alien hard at work on a painting.

"That's a beautiful landscape," said Your Editor.   "You obviously have a great talent!"

"Yes, I've become rather good at this," said the Space Alien modestly. "But I was so inspired by this painting I saw at the Art Institute of Chicago that I've decided to take up portraiture."

"That's certainly a fine classic portrait," exclaimed Your Editor, "and you obviously have excellent taste, but to do portraiture you must have models!"

"I already have models,"said the Space Alien.  "They were thrilled when I offered to paint their portraits, and this will help their modeling careers as well!  As you can see, I'm off to an excellent start!"

So, Loyal Reader, next time you visit an art museum be sure to look for the work of the Space Alien.  You will be inspired and uplifted!

We are all so very proud here at the Space Alien Gazette!