The Space Alien at Chicago's 2019 Air and Water Show

Once again the Space Alien participated in Chicago's famed Air and Water Show, held this year on Saturday and Sunday, August 17 and 18.

Cloudy weather, rain and even thunderstorms on Saturday did not deter the brave Space Alien and the other participants in this amazing spectacle.

This was the scene last year, when huge crowds used umbrellas as sunshades. 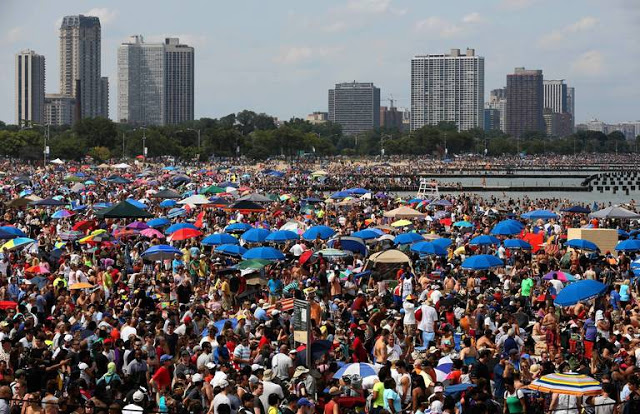 This year a sparser crowd assembled, as seen here at popular Oak Street Beach.  Low clouds were visible against the background of the majestic John Hancock Building, and umbrellas offered little protection from rain. 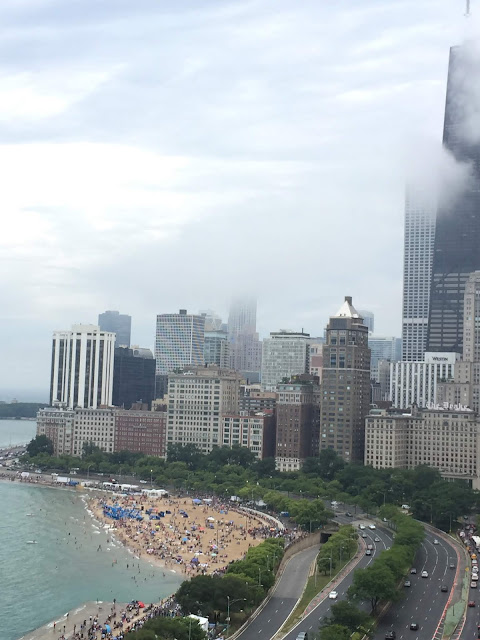 This in no way dampened the spirits of those
watching this show and eagerly awaiting the Space Alien's appearance!

Early in the show the Space Alien tried out the new USAF F-22 Raptor.  You can see this amazing plane in action here:
https://www.youtube.com/watch?v=zVPQiadgnl8

The Space Alien was invited to assist the Raptor pilot in the cockpit during this act.  While security concerns prevented this from being photographed, the Space Alien was able to find more information about this astonishing aircraft.
https://www.airplaneupdate.com/2019/04/lockheed-martin-f-22.html 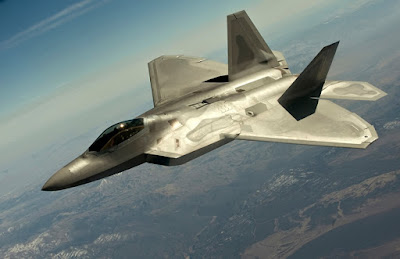 The Space Alien was so impressed with the performance of the Raptor that upon learning that the purchase price was just $120 million urged your Editor to consider this, saying:  "Just think how much more efficiently we could deliver the news!"

Your Editor was dubious, but still appreciated the Space Alien's concern for getting this publication to our Loyal Readers as efficiently as possible!

But there was even more excitement to come!  Once again Sean Tucker performed amazing stunts in his plane, Oracle.

Here is an example of Sean Tucker's act:
https://video.search.yahoo.com/search/video?fr=aaplw&p=video+oracle+chicago+air#id=17&vid=6bc5279a3de62fbad052ec24d9dc8975&action=view

And here is the Space Alien participating in last year's show! 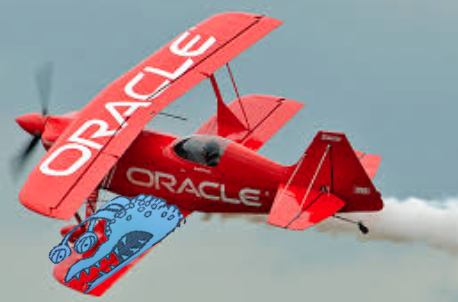 This year, at the request of Mr. Tucker, the Space Alien did not ride on the wing but flew alongside during Tucker's maneuvers. 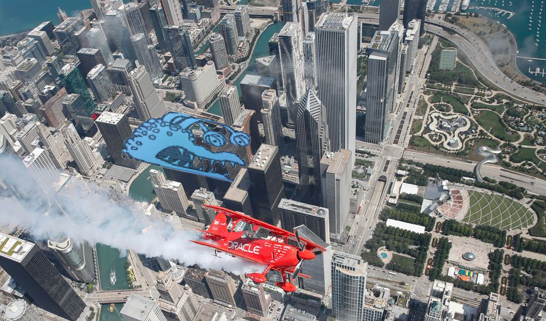 (Your Editor believes Mr. Tucker's request had to do with the Space Alien eating lunch in mid-flight last year, spilling crumbs and kombucha all over the wing!)

Later in the show the Space Alien thrilled the crowd in a specially designed aircraft:

First the Space Alien flew right side up!

And then, to the cheers of the crowd, the Space Alien flew upside down!

This daring act has deservedly become one of the most popular at Chicago's Air and Water Show!

(Loyal readers may recall pictures of this act from years past, as not much changes from year to year at this Chicago summertime tradition.)

We'll look forward to this exciting event again next year!

To visit previous articles about this exciting show:

NOTE: Thunderstorms may delay or even prevent the opening of this show on Sunday, August 18.  But in any event the Space Alien wants loyal readers to have this special 2019 Air Show issue!