The Space Alien wishes all Loyal Readers a Happy and Healthy New Year!
Once again the Space Alien invites you, wherever you are, to join in a toast of sparkling grape juice to welcome the New Year with joyous celebration!

May the year 2022 be one of great and beneficent vision for our leaders and for each one of us as well! 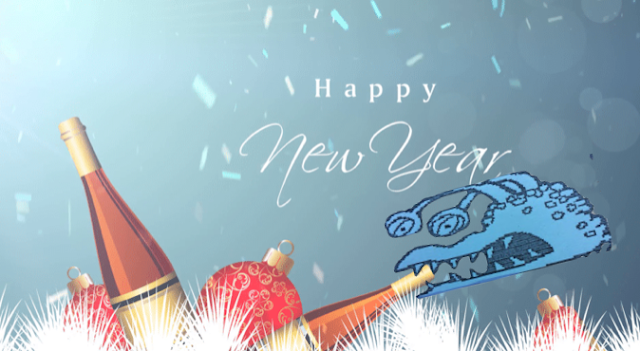 The Space Alien urges Loyal Readers to consider those whose holidays may not be as joyous and to support Chicago's Food Bank, the Greater Chicago Food Depository.   Learn more here:
http://www.chicagofoodbank.org.
###
Posted by Joan Levin at 5:07:00 PM

The Space Alien glanced at the calendar on the wall and had to take a deep breath to calm down!
Some exciting holidays that occur close to each other will be at the SAME TIME this year! 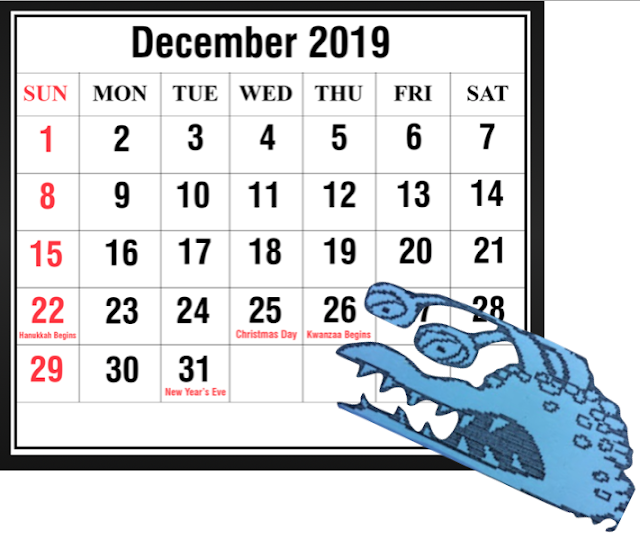 Christmas, based on the Gregorian solar calendar,  would fall on December 25th as always.

In 2019, Hanukkah, based on the ancient  Jewish lunar calendar, would begin on the 25th day of the Jewish month of Kislev, or at sundown on the evening of December 22.

And Kwanzaa would be celebrated on December 26.

The Space Alien always looks forward to these holidays that brighten the darkest days of winter.   And the prospect of their occurring so close together leaves the Space Alien dizzy with excitement.

The beautiful lights of this season never fail to spark joy in the Space Alien who often admires them during flights over our nation's capital!

So many wonderful memories of years past! 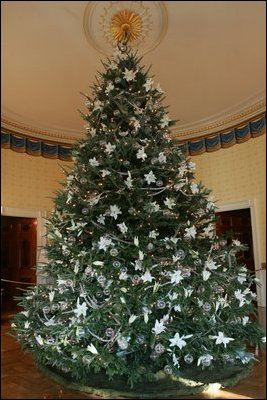 The The White House Christmas Tree would be in place, and the National Christmas tree as well!
But there was even more!  The Space Alien could not resist memories of earlier days in the White House.

The First Lady, with family and friends, would light the White House Menorah!


And the First Family would celebrate Kwanzaa too! 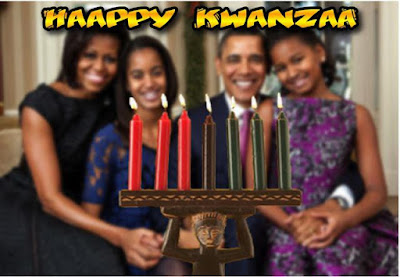 How busy the President and First Lady would be at this time of year with all these duties, thought the Space Alien.

The Space Alien loves the wonderful holiday customs, and especially the delicious food!

-- Fruitcakes loaded with sweet fruit and nuts, and  sometimes soaked in rum that makes the Space Alien just a bit silly, but not in a bad way! 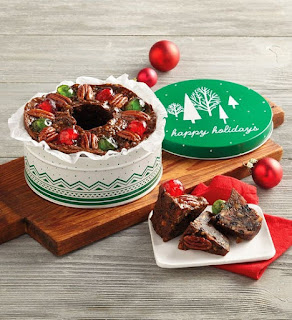 -- Crispy potato pancakes fried in oil commemorating the miracle of the oil for the lamps of Hanukkah, loaded with sweet applesauce and rich sour cream and generously sprinkled with cinnamon and sugar! 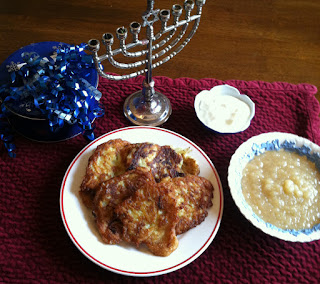 And for seven days of Kwanzaa the Space Alien celebrates family, community and culture with gifts and feasts! 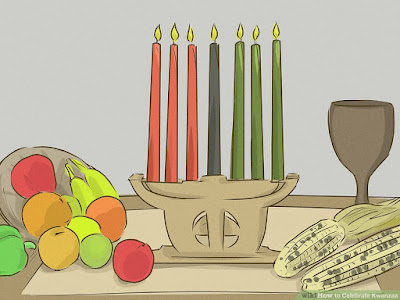 And for all of these wonderful holidays there will be thoughtful gifts for everyone! 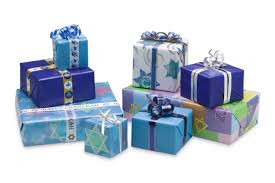 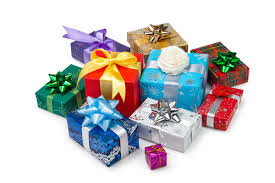 What a special time this is!
The Space Alien loves to play dreydl,
spinning the little top to win a prize!
Even Santa joins in on the fun! 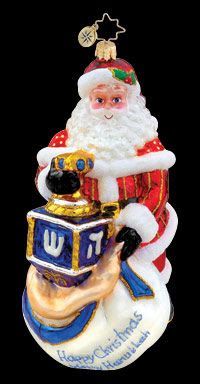 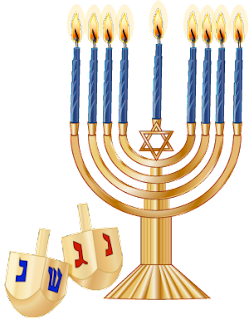 There is nothing the Space Alien loves more than a good miracle, and this season is full of them! 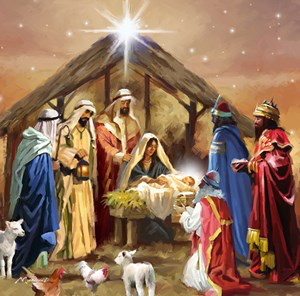 A victory of a small group of people over a mighty ruler who would deny their religious freedom! 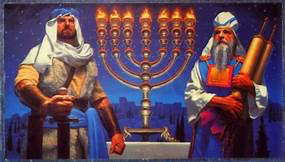 Loyal Readers will recall that the Space Alien (along with your Editor) sings each year in Chicago's great Do-It-Yourself-Messiah, lending assistance by moving swiftly from section to section to help faltering singers with their parts.

And of course the Space Alien always helps Santa bring gifts to boys and girls (of all ages)!
https://spacealiengazette.blogspot.com/2017/12/the-space-alien-helps-santa.html

On Christmas Eve, the Space Alien loves to join carolers on the streets of the city, wearing warm, colorful clothing, and going from door to door bringing holiday cheer. 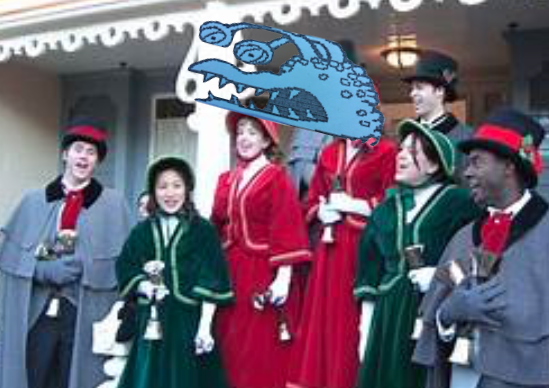 Soon the Space Alien will light the first Hanukkah candles to shine through windows to brighten dark streets, and then join friends to play dreydl and sing lively Hanukkah songs to celebrates the courage of the Maccabees and their heroic fight for religious liberty!

The Space Alien is delighted to know that when winter is the darkest, the lights of Christmas, Hanukkah and Kwanzaa will brighten our homes and neighborhoods, while delicious food and lovely gifts, enjoyed together with beloved family and friends, bring joy to all.  "That's the best miracle of all!" exclaims the Space Alien!

The Space Alien and the entire Editorial Staff of the Space Alien Gazette wish Loyal Readers much happiness and some truly special miracles during this holiday season and in the coming year!

The Space Alien tries a Rebounder!

The Space Alien returned from an intergalactic mission with a backache!

Carrying heavy luggage and sitting in an uncomfortable economy seat while traveling at velocities exceeding the speed of light in the superluminal rocket was hard on the Space Alien.  In fact, the Space Alien was aching all over!

Your editor thought exercise on a rebounder might relieve tight, aching joints and muscles and the Space Alien agreed to give it a go. 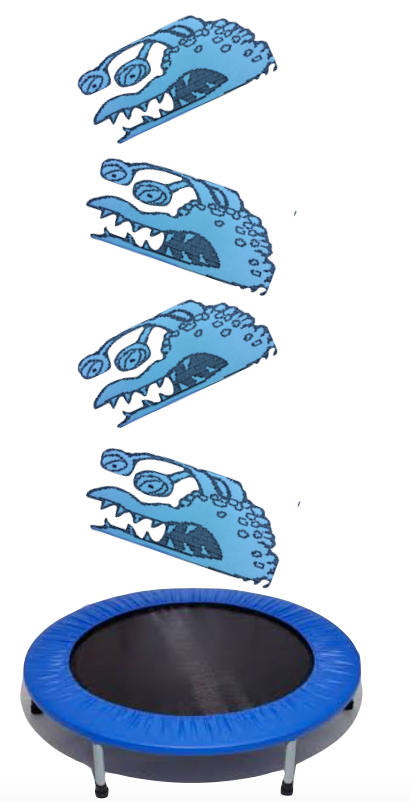 Loyal Readers can clearly see what a good time the Space Alien is having!


When the Space Alien had finished a few hours of jumping Your Editor decided to try it herself!

At first Your Editor (who coincidentally had a backache too) felt like this:

But after a few good jumps, she felt like this!

"Why, we both feel lots better already!" exclaimed Your Editor.  "Agreed," said the Space Alien, "and I'm writing this up right now for the Health Column of the Space Alien Gazette!
And here, Loyal Reader, is a link with some great articles on rebounding for specific purposes, from the makers of the Space Alien's (and Your Editor's) favorite -- the Bellicon Rebounder!
https://www.bellicon.com/us_en/benefits/research
###