The Space Alien Marches with the Women

Early in the morning on the day after the Presidential Inauguration, your editor noticed the Space Alien leaving the office of the Space Alien Gazette with a bucket and garden hose.

"Where are you going?" asked your editor.

"I'm off to drain the Volo Bog."  said the Space Alien,

"NO!" cried your editor.  That's a treasured Illinois Nature Preserve!  Look here on my computer!"  (And you, loyal reader, may look too by clicking on: Volo Bog.)

"But it looks like a SWAMP," answered the Space Alien, "and our New President says swamps must be drained!"

Your editor shook her head sadly.  "Volo Bog, like many other swamps and bogs, is home to many wonderful plants and animals that need this environment to survive, and it contributes to our environment as well.  Plus it would be against the law to disturb it like that!"

"But maybe most people wouldn't even care!" said the Space Alien.

Your editor shook her head.  That's not the way we do things at the Space Alien Gazette!" she said sternly!  "We play by the rules here!"

The Space Alien slowly nodded with understanding, and set aside the pail and garden hose.

"But then what shall I do today?"

"Come with me to the Chicago Women's March" suggested your editor.  "You'll meet lots of terrific people and have a truly productive day!  Here is the beautiful pin that your loyal reader Beth gave you to wear; it's the theme for the day!"


The Space Alien put on the beautiful pin, but still seemed unsure.

"I'm post-gender; will that be a problem?"

"Certainly not!" said your editor.  "You will be most welcome!  So grab your gear and let's go!"

And off they went!


The Space Alien, saw lots of people wearing pink hats with cat ears, and fortunately had brought along knitting needles,  pink yarn and some patterns.

Wielding the knitting needles at tachyonic velocities exceeding the speed of light, the Space Alien soon had a pink hat with cat ears
all ready to go!


The Space Alien marched in an unexpectedly huge and growing crowd covering Grant Park and the Chicago Loop.

Look carefully and you might catch a glimpse of the Space Alien wearing a pink hat!

The Space Alien was delighted to see signs that brought everyone together, and felt happy and supported in the crowd now covering downtown Chicago. 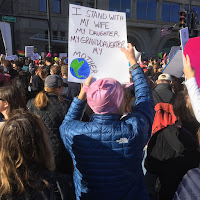 At last the Space Alien took to the air with a tiny camera/videocam, taking plenty of pictures and generously sharing them with major broadcast outlets for all to enjoy.

See these videos and photos of the Chicago Women's March:   NBC Chicago, ABC Chicago, and an independent group Heavy.com.


Your editor, not as energetic or skillful as the Space Alien, joined friends and marched for hours through Grant Park and the Chicago Loop (which totally shut down to accommodate a reported quarter-million marchers) before stopping for refreshments.

Here is your editor, second from the left,  dressed in black and wearing an orange cap!


What a fine day in beautiful Chicago!

This was reportedly the second largest U.S. Women's March, and it was totally peaceful.

The Space Alien made so many new friends and emerged energized and with a new sense of purpose, returning to the insanely busy newsroom of the Space Alien Gazette all fired up and ready to go!


And the creativity!
The Space Alien will never forget the the wonderful signs!  Here are just a few of them!

Much work lies ahead, but for the moment, the Space Alien is content to enjoy a comforting  mug of Ambassador Organics Egyptian Hibiscus Tea (q.v.) and think deep thoughts! 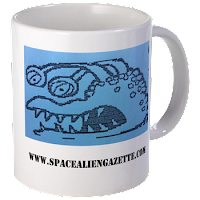 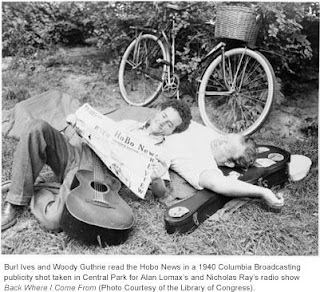 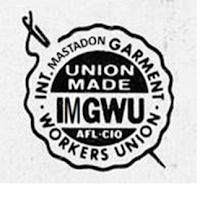 BREAKING NEWS!   1-12-17
Our couriers have just stormed the offices of the Space Alien Gazette with new demands!
Unfurling a banner imprinted with these words:  "Neither snow nor rain nor heat nor gloom of night stays these couriers from the swift completion of their appointed rounds"  they announced that even when the bicycles were ready, and no matter what the weather, they would not perform their delivery duties before finishing their fill of bagels and/or doughnuts and/or round sweet rolls (to be provided by the Space Alien Gazette).   The Space Alien could not be reached for comment.
Posted by Joan Levin at 5:19:00 PM
Newer Posts Older Posts Home
Subscribe to: Posts (Atom)