The Space Alien was a trusted confidant of Queen Elizabeth I during the 16th Century. 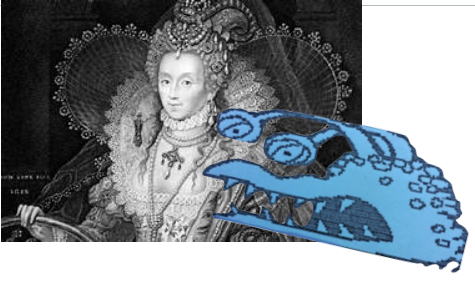 More recently, the Space Alien had the ear of British royalty when Queen Elizabeth II was a Royal Princess and, later, a beautiful young Queen! 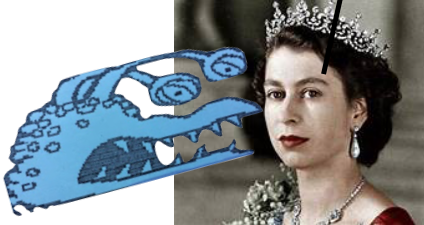 But the Space Alien does not just lounge around Buckingham Palace, and never hesitates to volunteer wherever needed.

When one of the Palace Guards recently stubbed his toe and could not march, the Space Alien immediately donned the classic uniform and marched with military precision in the ceremonial Changing of the Guard. 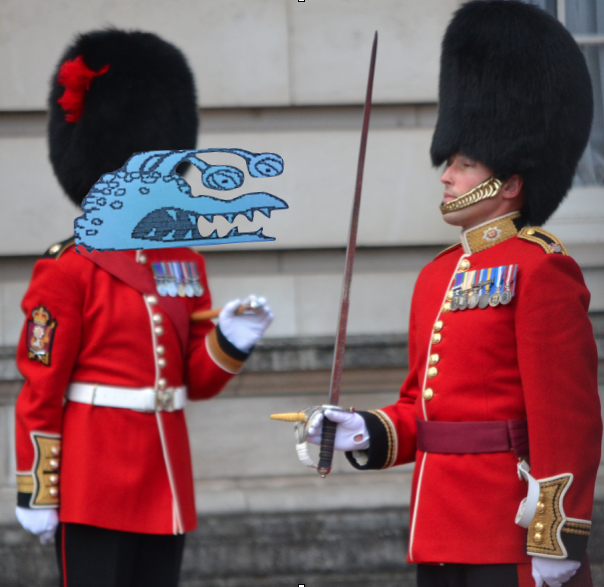 The absent Guard soon felt better and thanked the Space Alien for filling in!

So it was no surprise that the Space Alien was right beside Queen Elizabeth this week when she exhorted the nation to be brave in the face of COVID-19, and to follow the advice of doctors to stay home and do whatever else might be needed to stay healthy during this scourge! 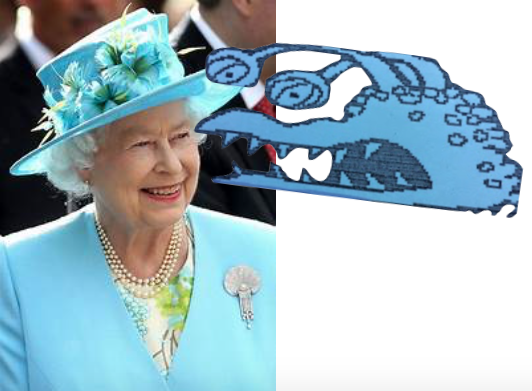 https://www.latimes.com/world-nation/queen
(We hope this will still be online!)

Be sure to turn on your computer speakers as well as the speaker icons at the lower left of the TV screen on this link to listen!

This issue of the Space Alien Gazette prompted an unusual number of comments from Loyal Readers.

Could this be that because during the COVID-19 crisis, many Loyal Readers are at home with nothing but time on their hands?

A few of these comments are summarized here:

1. Why is the U.K. (United Kingdom) not renamed the U.Q. (United Queendom):  A really good question.  Perhaps in happier, healthier times the Space Alien will take this up with the proper officials who will probably be pleased to spend some time pondering this!

2. From a Loyal Reader who is also a health care professional, as well as several other Loyal Readers:  Why isn't the Space Alien practicing Social Distancing during this time of COVID-19?

This is a very good question and Your Editor was remiss in not explaining.  Happily, the Space Alien is blessed with a uniquely endowed immune system and neither transmits nor is subject to communicable diseases.

This is why you can get as close as you wish to your computer, tablet or cell phone to read the Space Alien Gazette in perfect safety!  (Unless you are driving your car!)